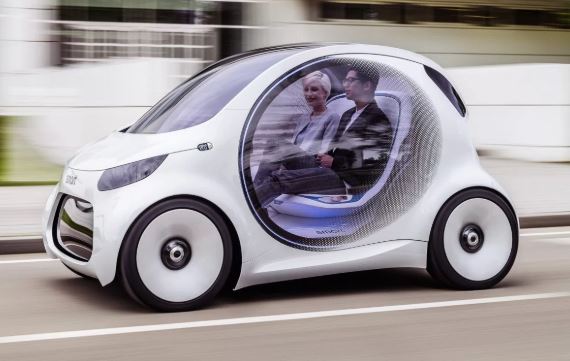 REFERENCE INDEX:
The Solactive Autonomous & Electric Vehicles Index is designed to provide exposure to exchange-listed companies that are involved in the development of electric vehicles and/or autonomous vehicles, including companies that produce electric/hybrid vehicles, electric/hybrid vehicle components and materials, autonomous driving technology, and network connected services for transportation, as defined by Solactive AG (Index Provider).
The eligible universe of the Underlying Index includes among the most liquid and investable companies in accordance with the market capitalization and liquidity criteria associated with the eligible markets, as defined by the Index Provider. As of February 28, 2018, companies must have a minimum market capitalization of $500 million and a minimum average daily turnover for the last 6 months greater than or equal to $2 million in order to be eligible for inclusion in the Underlying Index. As of February 28, 2018, companies from the following countries were eligible for inclusion in the Underlying Index: Australia, Austria, Belgium, Canada, China, Denmark, Finland, France, Germany, Hong Kong, Ireland, Israel, Italy, Japan, Netherlands, New Zealand, Norway, Portugal, Singapore, Spain, Sweden, Switzerland, South Korea, Taiwan, the United Kingdom, and the United States.

From the eligible universe, the Index Provider identifies Autonomous and Electric Vehicle Companies by applying a proprietary natural language processing algorithm process that seeks to identify companies with exposure to the following categories:
• Electric Vehicles (EV) – companies that produce electric/hybrid vehicles, including cars, trucks, motorcycles/scooters, buses, and electric rail.
• Electric Vehicle Components (EVC) – companies that produce electric/hybrid vehicle components, including electric drivetrains, lithium-ion and other types of electric batteries, and fuel cells. In addition, companies that produce the chemicals and raw materials (including but not limited to lithium and cobalt) that comprise these electric/hybrid vehicle components are eligible for inclusion.
• Autonomous Vehicle Technology (AVT) – companies that build autonomous vehicles and/or develop hardware and software that facilitates the development of autonomous vehicles, including sensors, mapping technology, artificial intelligence, advanced driver assistance systems, ride-share platforms, and network-connected services for transportation.

In order to be included in the Underlying Index, a company must be identified as having significant exposure to one of these categories based on the ranking it receives from the natural language processing algorithm (Segment Score). Within each category listed above, companies are ranked by their respective Segment Score. The companies are then reviewed to ensure relevance to the segment based on business operations. The Underlying Index is comprised of the highest ranking 15 companies in the EV segment, the highest ranking 30 companies in the EVC segment, and the highest ranking 30 companies in the AVT segment. Accordingly, the Fund assets will be concentrated (that is, it will hold 25% or more of its total assets) in companies that provide exposure to the electric vehicle and autonomous vehicle industry.
The Underlying Index is weighted according to a modified capitalization weighting methodology and is reconstituted semi-annually. At the semiannual reconstitution, a capping methodology is applied to reduce concentration in individual securities and increase diversification of the Underlying Index. The Underlying Index may include large-, mid- or small-capitalization companies, and components primarily include industrials, information technology, materials, and consumer discretionary companies. The Fund’s investment objective and Underlying Index may be changed without shareholder approval.

ETFtrack Comment:
Here is a comment from Jay Jacobs, director of research at Global X Funds:
“Electric and autonomous vehicles are poised to have one of the most profound impacts on society since the industrial revolution, affecting a wide range of sectors in ways that we’ve only just begun to imagine. In bringing DRIV to market, we’re excited to deliver access to revolutionary shifts in transportation that are at the early stages of their disruptive potential. And we’re equally excited to watch how these technologies will change our daily lives.”

Global X provides some useful data about the industry:
“Electric vehicles are showing signs that they are at the early stages of an adoption curve that could spark a rapid embrace of the technology. In 2017, electric vehicle sales represented 1.7% of all vehicle sales globally, exceeding 1 million for the first time, and increasing 51% from 2016.1 While autonomous vehicles are not yet as common as EVs, the race to full automation that requires no human input in any circumstance is well under way. According to some estimates, by simply freeing drivers of the necessity of spending time driving, AVs could boost U.S. GDP by $0.5-2.3 trillion by 2030.

The adoption of electric vehicles is expected to see a boon from bans on new sales of gas cars by major economies around the world. Norway, for example, proposes a ban on the sale of gas powered vehicles by 2025 and has already made meaningful strides, with EVs representing 39% of total sales in 2017. Others, like India, China, and the state of California, have announced similar aspirations. Various car manufacturers believe mass-market AV technology could be just a few years away, aiming for fully autonomous cars becoming commercially available between 2019 and 2021.”