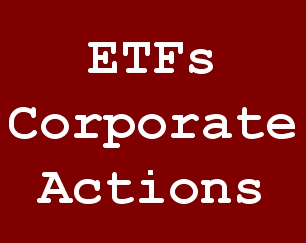 Credit Suisse AG announced today that it will implement a 1-for-10 reverse split of its VelocityShares 3x Long Natural Gas ETN (UGAZ), expected to be effective as of December 20, 2017.