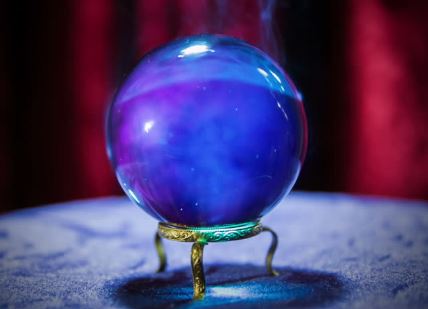 The markets rallied strongly on Friday with headlines suggesting the Federal Reserve was going to slow down the pace of interest rate hikes at the December meeting; instead of doing back-to-back 75 basis point hikes perhaps going 50 basis points in December and then pausing to see the impact.

On the Wharton radio show and Behind the Markets podcast with Jeremy Schwartz, I had the opportunity to interview Jim Bullard, President of St. Louis Federal Reserve Bank. Bullard’s comments did not imply he sees the inflationary pressures coming down as much as I do.

Bullard was last on our show back in February, right before the March Fed meeting. In March, Bullard thought unemployment might fall below 3% and real GDP growth could be 3.5-4%. This is a lesson in the humility of forecasts, as we had negative GDP in the first half of the year. Bullard believes there could be revisions in much later future benchmark revision reports that revise GDP and productivity numbers higher, given the 4 million workers that have been hired in 2022. I am doubtful there will be much change.

Bullard didn’t believe unemployment could rise significantly from here, with 1.7 job openings for every unemployed worker. You hear workers are able to quit jobs and get re-hired at better pay. This could be the best labor market in post- World War II history, and Bullard feels this gives the Fed the ability to aggressively fight inflation now.

Bullard’s explanation of the productivity puzzle (beyond that it will get revised higher in later reports) was that perhaps with all the new workers and employee turnover, there is a cost to re-training employees. There are also stories of labor hoarding going on, as replacement costs are high. I have also talked about Quiet Quitting, as work from homers perhaps putting in 6 hours instead of 8 hours.

While some messaging from Powell implies the Fed rate cycle will cool inflation from unemployment rising and wage pressures cooling, Bullard takes a goods-driven view and thinks firms will try to defend market share by being more competitive with pricing. He sees this activity as causing disinflation similar to the 1980’s when Walmart was a prominent example of a firm that came in with much lower prices and stole market share.

While I believe inflation has ultimately been stopped in its tracks, Bullard talked through how he comes up with a lower bound for where he wants the policy rate, using a ‘generous’ version of the ‘Taylor Rule.’

The Taylor rule utilizes inputs like a real rate of interest (and Bullard used -0.5% the prior to pandemic level), an inflation gap defined as how far inflation is from Fed target and he generously used 2%, and then there were some other parameter calculations involved for how the Fed responds to these inflation and output gaps. This calculation by Bullard required at least 3.5% back in May and now would be at least 4.5%.

I applaud Bullard for using a real interest rate that low—the broader assumptions at the Fed in their dot plot reflects a real rate that is 100 basis points higher. I think many factors are causing lower real interest rates over time, but trends in lower economic growth, demographics, productivity and the higher risk aversion of the ageing population are a few of them. I think we are in restrictive territory for policy now, while Bullard still wants to raise rates further

We talked about the decline in equity values reflecting their policy and Bullard agreed with me that the re-pricing of stocks with higher discount rates explains the fall in equity values, but that this is not a real sign of stress in the financial system. The St. Louis Fed has a financial stress index that was quite high in 2008 and March 2020 during the pandemic, but that index is not showing signs of financial stress right now despite the repricing of the markets. I agree with him on this point.

The only economic data points worthy of discussion from last week were the National Association of Home Builders sentiment index again fell quite dramatically—and while this is not a gauge of sales but rather activity, traffic, and sentiment—its fall has been the fastest in history outside the pandemic when no one could look for housing. Housing prices are trending down, and while the official inflation statistics will continue to show higher inflation, in reality the inflation is being offset with declining home values. I am not sure Bullard grasped (or agreed with) the importance of the faulty statistics in the housing inflation data which causes core inflation to stay higher in coming months.

While the market cheered the Fed slowing down the rate hike path, Bullard’s comments do not bring confidence that Fed officials recognize the full extent of the disinflationary impact of their hikes. They continue to risk over-tightening and causing a deeper slow down than is necessary.